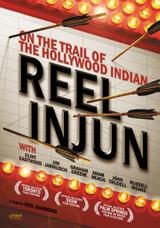 On the Trail of the Hollywood Indian

Hollywood has an impressive track record - one that spans more than 4000 films - of blatantly misrepresenting Native people and their cultures. Featuring interviews with filmmakers and activists such as Clint Eastwood, Jim Jarmusch and Russell Means - and clips from hundreds of classic films including Stagecoach, The Outlaw Josey Wales, One Flew Over the Cuckoo's Nest and Dances with Wolves - Reel Injun delves into the fascinating history of the Hollywood Indian with razor-sharp insight and humour, tracing its checkered cinematic evolution from the silent film era to today.