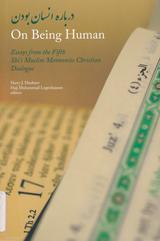 In addition to serving as a historical record, the collection and publication of these essays serve several purposes; they show how Mennonite and Shi'ite scholars seek to make themselves understood to those of other traditions without assuming any expertise in the histories and theologies of those addressed...

The essays thus reflect the authors' ideas of how best to convey what they hold to be not only their personal beliefs, but the beliefs of their communities, to an audience that is not expected to share these beliefs. Surprises abound as discussions reveal astonishing similarities across denominational lines and differences in basic concepts where similarities were assumed.

The authors do not attempt to prove that their views are correct or that those of their dialogue partners are wrong... So the essays may also be read as an invitation to explore the issues in dialogue with Mennonites and Shi'ah and to observe the similarities and differences displayed in the thinking of Mennonites and Shi'ah, both in contrast to one another and within each group.