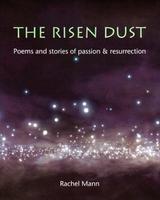 Poems and Stories of Passions & Resurrection

Powerful and moving readings, stories and poems for Easter.

The accounts of scapegoating, of power and violence and hope found in the gospels will always be current and significant. The story of Jesus Christ and of those who surrounded him remains a defining narrative of our time.

Using artistic and theological licence, Rachel Mann writes with the voices of the characters involved in the biblical accounts of passion and resurrection. Unafraid to explore the darkest aspects evoked by these events, she says:

‘The intention of both the more humorous and the visceral stories is to play with abiding themes of death and new life in ways which – in church contexts at least – break unusual ground. Some readers may find some of the language crude and offensive. It is not my intention to offend or outrage, but … to indicate that there are places and experiences where blasphemy is prayer and prayer is blasphemy.’

The Risen Dust is divided into four sections. The first attempts to tell the story of the Easter Event using 25 first-person monologues, whereas the second comprises fifteen new poems written for the Stations of the Cross due to be on display in Manchester Cathedral during Lent 2014. The other two sections contain reflections on The Seven Last Words as well as stories and poems which attempt to look at what passion and resurrection might mean in a modern setting.