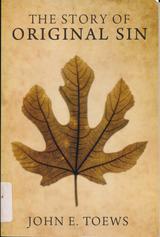 The Story of Original Sin

This book traces the history of the interpretation of the disobedience of Adam and Eve in Genesis 3 through the biblical period and the church fathers until Augustine. It explains the emergence of the doctrine of original sin with the theology of Augustine in the late fourth century on the basis of a mistranslation of the Greek text of Romans 5:12. The book suggests that it is time to move past Augustine's theology of sin and embrace a different theology of sin that is both more biblical and makes more sense in the postmodern West and in the developing world.

"Both entertaining and instructive, this book smacks of a detective story. Yet with careful argumentation Toews overturns the long-held views (since Augustine) of original sin. Toews is known in the classroom both for astute analysis and thoroughness. Both are on display here. His conclusions are arresting, for they reach into beliefs about human nature, salvation, ethics, and much else. Scholars will have ample grist for their theological mills." --Elmer Martens, President Emeritus and Professor Emeritus of Old Testament, Fresno Pacific Biblical Seminary

"In the past, the notion of original sin may have served to mute human hubris, but for many it encouraged self-loathing, fatalism, and fear of an angry god. This book points in a different direction. Older ontological views of original human sinfulness contrast sharply with Toews's historical paradigm of human error, volitional waywardness, and simply bad choices. If taken seriously, this book will change the way we view God, ourselves, and others." --Al Dueck, Professor of Cultural Psychologies, Fuller Graduate School of Psychology

"Through careful reading of the Bible and centuries of interpretation of the biblical text, Toews demonstrates that the common understanding of original sin is not as old or as universal as many assume. This will unsettle some and excite others, but all will benefit from reflecting anew on this crucial topic." --Mark D. Baker, Associate Professor of Mission and Theology, Fresno Pacific Biblical Seminary

"Based on an analysis of the sources and a growing body of literature critical of Augustine and a few fathers before him, Toews's study is must reading for every theologian, Catholic or Protestant. Not only must it be read, however, its conclusions should be taken seriously into consideration wherever people still take the Scriptures, and the Christian's obedience to them, seriously." --Abraham Friesen, Professor of History Emeritus, University of California, Santa Barbara

"John Toews is the first Mennonite theologian to do a detailed study of the origins and concept of original sin. He offers a compelling argument that sin is a matter of choice, not a state into which all humans are born. This book is a must-read for all who search for understanding of God's truth in their own lives." --William Klassen, Principal Emeritus, St. Paul's University College