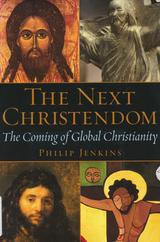 The Coming of Global Christianity

By the year 2050 only one Christian in five will be non-Latino and white, and the centre of gravity of the Christian world will have shifted firmly to the Southern Hemisphere. The author shows that the churches that have grown most rapidly in Africa, Asia and Latin America are often far more morally conservative and apocalyptic than their northern counterparts. Mysticism, puritanism, faith-healing, exorcism, and dream visions - concepts which more liberal western churches have traded in for progressive political and social concerns - are basic to these newer churches. The author argues that the effects of these differences will be enormous.