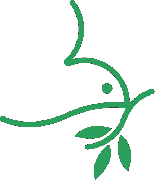 The Book of Revelation was written to instruct and strengthen early Christians who were being compelled by imperial Rome to compromise their commitment to Jesus as Lord and Savior. Rather than a detailed scenario of future history, ready to be set in motion by a future event (e.g. the rapture), as popular prophecy makes it out to be, Revelation first addressed Christians in the mid-90s who were facing pressure to observe a law requiring all citizens to confess the Roman Emperor Domitian as “Lord and God,” and to accommodate themselves to the wealth and power of Rome. Revelation continues to speak today to believers anywhere who must make a costly choice between loyalty to Christ or allegiance to the state and the idolatrous culture it represents.