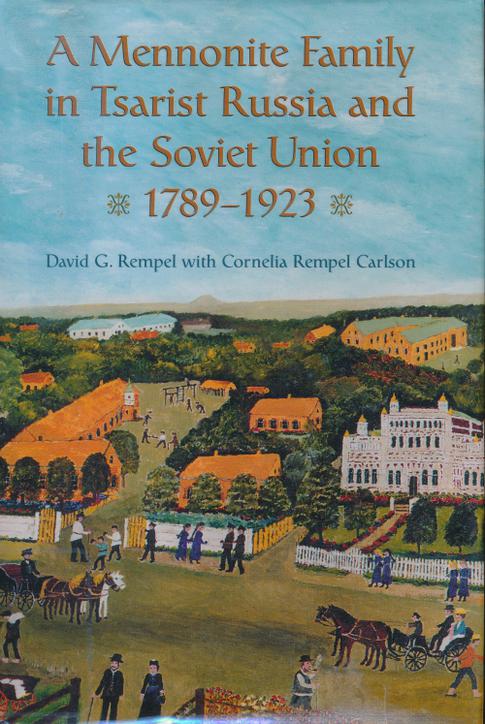 by David G. Rempel; Cornelia Rempel Carlson
Book, 2002, 355 pp
Borrow
NF 929.2 Re
Borrowed Items Ship free with Membership
In this vivid and engaging study, David Rempel combines his first-hand account of life in Russian Mennonite settlements during the landmark period of 1900-1920, with a rich portrait of six generations of his ancestral family from the foundation of the first colony - the Khortitsa Settlement - in 1789 to the country's cataclysmic civil war.

Born in 1899 in the Mennonite village of Nieder Khortitsa on the Dnieper River, the author witnessed the upheaval of the next decades: the 1905 revolution, the quasi-stability wrought from Stolypin reforms, World War I and the threat of property expropriation and exile, the 1917 Revolution, and the Civil War during which he endured the full horrors of the Makhnovshchina - the terror of occupation of his village and home by the bandit horde led by Nestor Makhno - and the typhus epidemic left in their wake.