Making Friends Among the Taliban: A Peacemaker's Journey in Afghanistan

by Jonathan P. Larson
Book, 2012, 130 pp
Borrow
NF 958.1 La
Guide
Borrowed Items Ship free with Membership
In August 2010, in a remote valley north of Kabul, American peacemaker Dan Terry and nine other aid workers were attacked and killed in an event that made worldwide headlines. Why would one man take his family into the political and religious maelstrom of Afghanistan and believe he could make a difference?

In Making Friends among the Taliban, childhood friend Jonathan Larson retraces Terry's work in Afghanistan over almost four decades. During the successive power struggles among royal regimes, the Red Army, warlords, the Taliban, and the American-led coalition, Terry inspired small Afghan communities to seek a sweeter destiny for themselves. Based on a cascade of interviews and eye-witness accounts, this moving narrative of Terry's life and friendships offers us all a model for authentic living wherever we are. 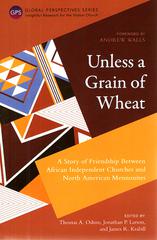