by Future Directions Task Force
2016, 5 pp
Download
The Future Directions Task Force was commissioned in November 2012 by Mennonite Church Canada (MC Canada) and the five Area Churches (British Columbia, Alberta, Saskatchewan, Manitoba and Eastern Canada) to address two questions: What is God’s Spirit calling us to in the 21st Century? And, what are the best ways (programs, structures, strategies) for the church to thrive and grow? The Task Force grew out of awareness that our church faced new challenges in a fast changing post-Christendom secular society marked by a growing number of congregations with declining and aging membership, the role of church in society being questioned, and declining funding for work of our wider church. We also knew we weren’t alone; these challenges are being faced by all denominations.

Previous reports mention the research, input from a broad range of groups and experts, and conversations with countless individuals that informed a number of interim documents for testing of ideas, principles and directions with constituents at area church and national assemblies in 2013 and 2014. In November 2015 a penultimate draft of its Final Report was submitted for review by the General Board, accepted in principle, and released in December for consideration by our nation-wide church body (a copy follows). Its longer supplement the Backstory and related material, along with previous documents, are available here.

At its heart, the Report sets out a series of propositions as a guide to address our yearning as a church for: strong, healthy and vital congregations as centres of worship, faith formation, supportive communities and mission; strong regional churches connecting, supporting and empowering congregations in ministry locally and in the larger church; and, a strong national church that resources area churches for ministry locally, regionally and internationally, and fosters strong national identity as a Mennonite Anabaptist faith community. To lead, it proposes a simpler, more integrated organizational structure.

Starting in early February and ending late April, all five Area Churches brought the Report to their respective annual meetings for delegate consideration, debate and action. Four approved the Report in principle, and one (Alberta) decided not to decide until it had more information addressing its particular needs. The Report is now brought to Assembly 2016 for final joint review and action. 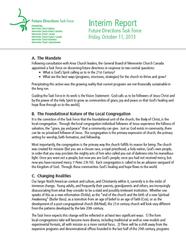 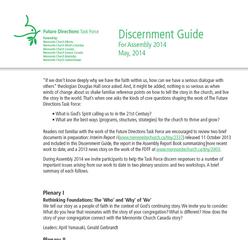 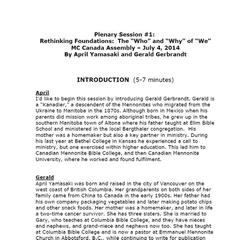 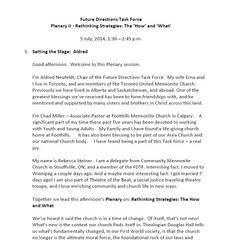 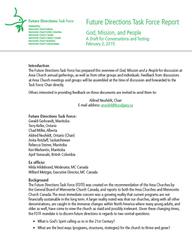 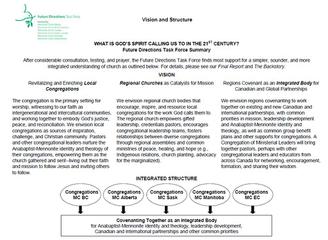 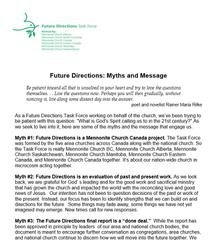 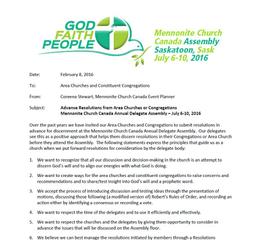 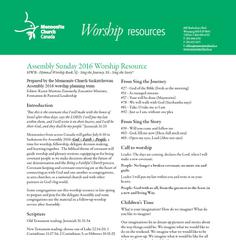 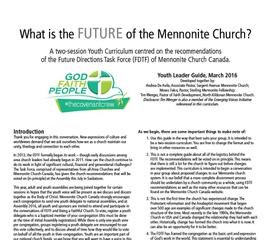 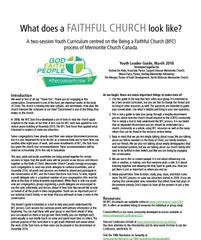 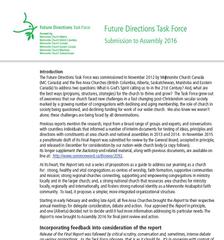 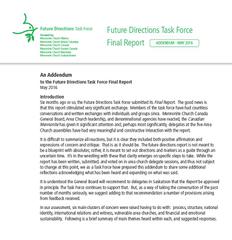 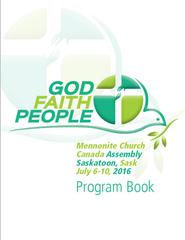 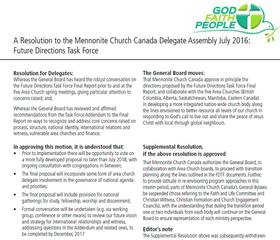 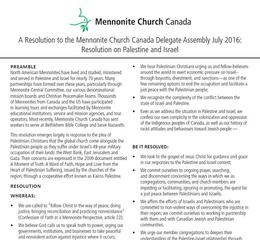 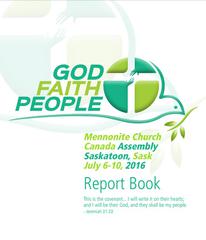 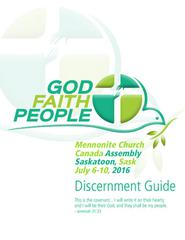 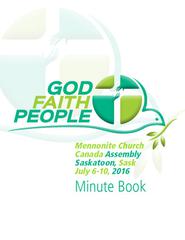