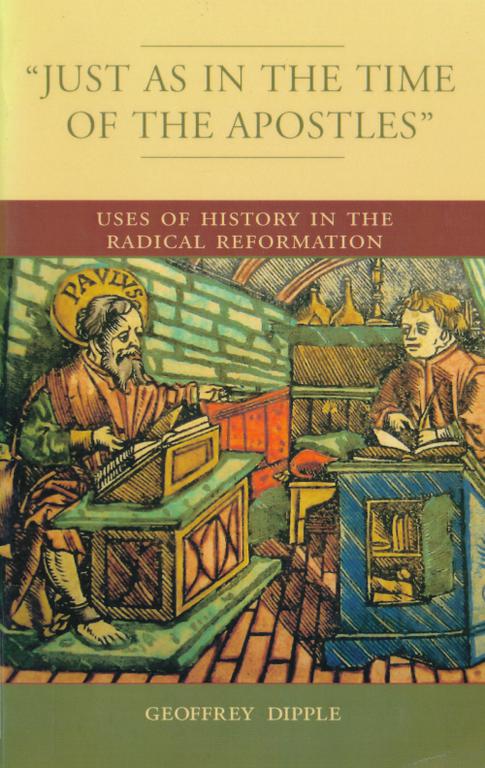 Just as in the Time of the Apostles: Uses of History in the Radical Reformation

by Geoffrey Dipple
Book, 2005, 324 pp
Borrow
NF 270.6 Di
Borrowed Items Ship free with Membership
"Church history was an apple of discord in the Reformation era and the inter-group debates were far less simplistic than we have been led to believe. Working on a very broad canvas, Geoffrey Dipple explores the historical outlook of the Reformation era, with particular stress on the Anabaptists and Spiritualists of the Radical Reformation historiography, adds a new depth to our understanding of the historiography of the Reformaion." --James M. Stayer, Queen's University

"Geoffrey Dipple's insightful analysis challenges the dominant interpretation of Franklin H. Littell, who argued that the radicals sought a resolution of the apostolic church. Dipple reads the sources with care and integrity, critically assesses the recent scholarship, and reaches important new conclusions about the nature and function of historical thought in the Radical Reformation." --Michael G. Baylor, Lehigh University

"Geoffrey Dipple does for Radical histories of the fall of the Church what James M. Stayer did for Anabaptist teaching on the Sword thirty years ago. He concludes that for the Radicals history was not a driving principle for reform, but a secondary development to understand and defend decisions and practices made on other grounds. This is an important book not only for the question of Anabaptist primitivism, but also for understanding the external boundaries and internal divisions of the entire Radical Reformation." -- Emmet McLaughlin, Villanova University